The project began in November 2022 and is expected to be complete by early 2026. 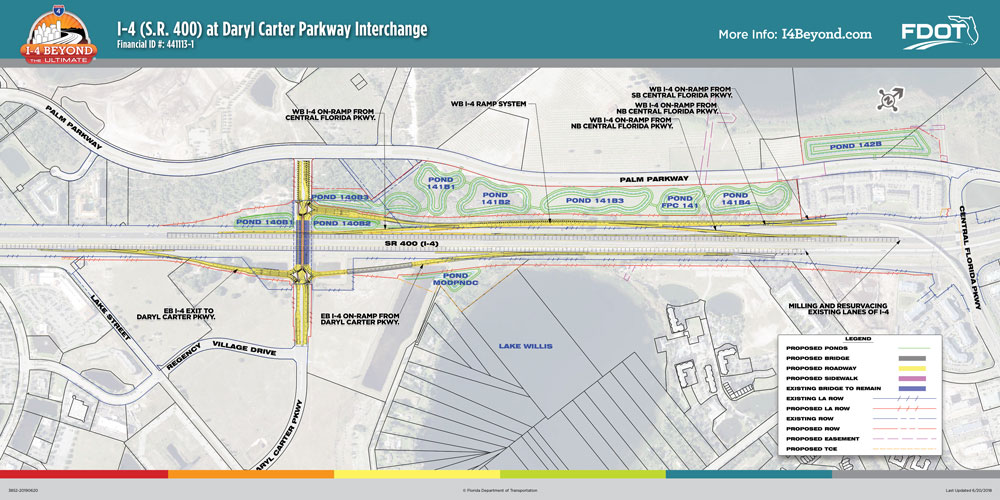 I-4 and Daryl Carter Parkway Interchange Design Poster Board 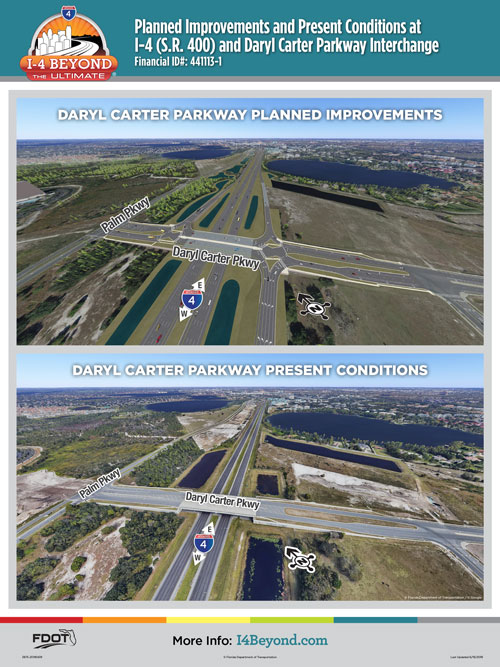 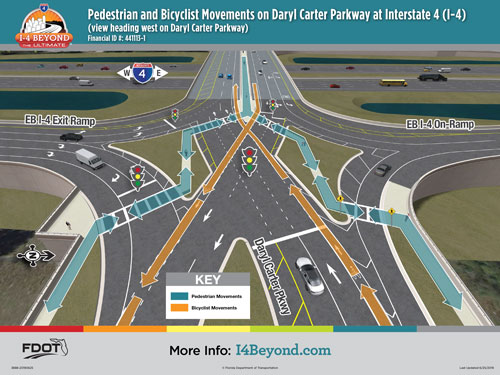 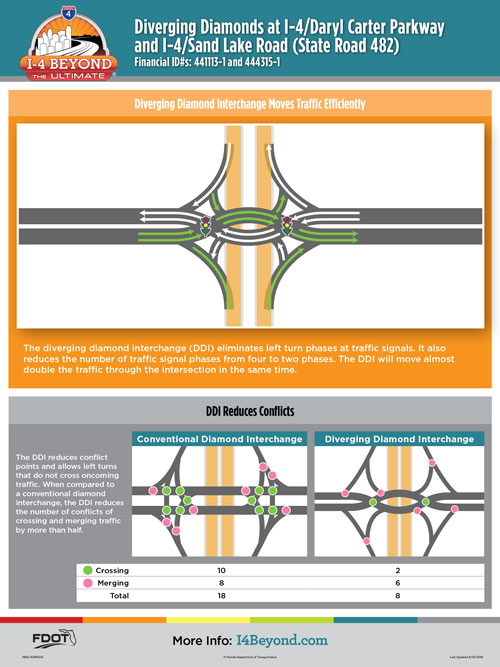 Want to explore 3D models of the diverging diamond interchanges at I-4/Sand Lake Road and I-4/Daryl Parkway? Experience a virtual tour of the planned improvements.