Safety always comes first. That means safety will never be compromised by cost or schedule. We want you to make safety a top priority, too. Review the materials on these pages to keep you, and others around you, safe while you’re driving on the I-4 corridor during construction. 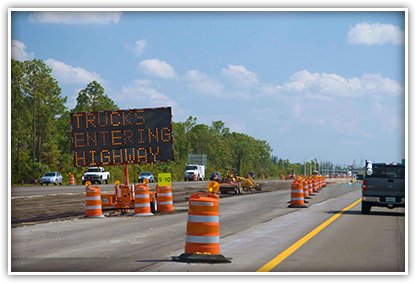 Our team’s culture places the safety of the traveling public and our workers as a top priority.

The Florida Department of Transportation urges those driving through the I-4 Beyond the Ultimate work zones — and all work zones — to drive carefully. Florida’s future depends on it.

In work zones, speed limits may be decreased, lanes may be closed, narrowed or shifted and people may be working near the road. Drivers exceeding the speed limit when workers are present face doubled fines.

Below are some tips to bear in mind while driving through construction zones.

Be Alert – Pay attention to the road and your surroundings in the work zone.

Don’t Tailgate — Unexpected stops frequently occur in work zones. Allow at least two car lengths between you and the vehicle in front of you.

Minimize Distractions — Avoid changing radio stations and using cell phones while driving in the work zone. Dedicate your full attention to the roadway.

Expect the Unexpected – Work zones are changing environments. Keep an eye out for workers and their equipment.

Don’t Speed – Follow the posted speed limits in and around the work zone. 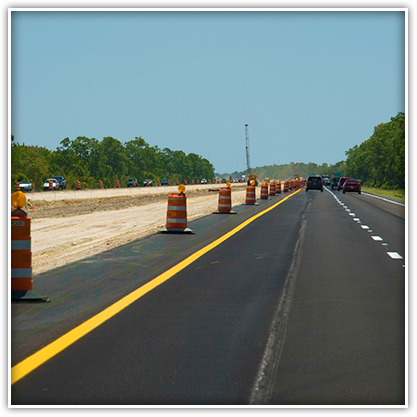 Approximately 40,000 people were injured in work zone crashes during 2018, according to the U.S. Department of Transportation. Nationwide, work zones saw:

Renewed caution is especially important in Florida, which ranked second in the nation for fatal work zone crashes in 2018. Road workers in construction zones throughout Central Florida face the real-life dangers of working in and around ongoing traffic.

Excessive speed is a factor in more than a third of fatal work zone crashes throughout the state. Drivers exceeding the speed limit when workers are present face doubled fines. For example, the penalty for driving 10 mph over the posted speed limit in an active construction zone is $200 plus court costs.”

Safety is a top priority on I-4 Beyond the Ultimate. At the end of the day, we want everyone — workers and commuters alike — to go home to their families and friends. Crews working to build a better I-4 follow Occupational Safety and Health Administration and FDOT safety standards. But drivers are just as responsible for safety in the work zone. Keep reading to find out more about two state of Florida laws — Move It! and Move Over — that help enforce safe driving.

Urban legend says moving vehicles after an accident takes place is illegal. In reality, the law requires you to move your car off the road! Doing so not only reduces congestion but improves emergency response and clearance times at accident scenes, reduces secondary crashes and improves safety conditions for fire, rescue, police and other responders. 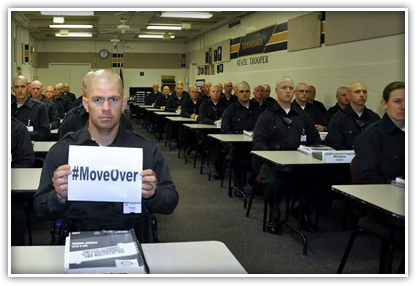 Help keep law enforcement officers safe by moving over and away from stopped emergency vehicles.

So what should you do if you’re in a minor accident?

For more information on the Move It law, please check out this brochure.

More than 800 law enforcement officers have been killed in the line of duty in the last five years. On average, one law enforcement officer is killed every 58 hours. Everyone has a civic duty to reduce this danger by complying with our traffic laws, including the Move Over law, which requires motorists to move over and away from stopped emergency and service vehicles whenever possible or to slow down to 20 mph below the speed limit.

The Move Over law protects our families and friends. Help get them home safely by following the law.

The Move Over law requires drivers to:

So what should you do next time you see flashing lights? It’s simple – move over!

The Wireless Communications While Driving Act has a special significance for those who drive through the many work zones located within the I-4 Ultimate and I-4 Beyond the Ultimate projects.

The Florida state law makes texting while driving a primary offense and prohibits drivers from holding cellphones in active work and school zones. The aim of that part of the statute is to lessen the likelihood of distracted drivers riding through those areas and, thus, increase the safety of construction workers, school children, and others.

Texting and driving can not only hurt you and your passengers, but it also puts everyone on the road in danger. Drivers who violate the hands-free portion of the law now receive a minimum $60 fine with additional county and court fees, plus points on their licenses.

As an alternative, hands-free devices may be used.

For additional information about the Wireless Communications While Driving Law, visit flhsmv.gov/focusondriving.

For more information about I-4 Beyond the Ultimate projects in Seminole County, including the reconstruction of the E.E. Williamson Road bridge over I-4, visit I4Beyond.com/Seminole.